Last week we had a national holiday in Mexico and decided to go visit our neighbor state, Durango. To get there you need to drive across the mountains in a dangerous road where cars are passing each other in curves, bridges, and tunnels. In this road, you will find one of the most representative icons of the state of Durango: The Baluarte Bridge. It is certified by Guinness World Records as the highest cable suspension bridge in the world, with a height of 402.57 m and a longitude of 1,124 m. Take into account that the Eiffel Tower is 403 m tall, it could fit 2.8 Eiffel Towers across the bridge. It is propped over the river with the same name which is a natural border between the states of Durango and Sinaloa.

Guinness World Records as the highest cable suspension bridge in the world.

Durango’s climate is very different from Sinaloa. We have hot humid days all year round, the dryness of Durango caught me off guard. I was applying lotion every day because my whole body was itching just after one day of being there. I found that Durango City is very clean, has fresh clean air, and there are a lot of tourist attractions to visit. But not so many foreigners tourists. Sinaloa’s icon beach Mazatlan is flooded with Americans and Canadians, but not many adventures into Durango’s amazing scenery. Which is a shame since Durango’s road trip gave us breath-taking scenes of both land and sky.

On our first day, we drove 30 min away from the city to the Old West Town. This park was built in the sixties as a movie location set by Bill Huges. The first movie to be filmed here was “Buck and the Preacher” in 1972, by then the set was the property of John Howard, who shot 13 films. Today this wild west themed park has small western type restaurants and craft stores and lots of props to play with. Admission is as cheap as $2 US dollars and $1.5 for children. It’s open Saturday and Sundays with three shows with cowboys, can-can girls, Apache Indians and gunmen duels. You can also rent a wild west outfit to blend in with the park,  rent horses or ride carriages. 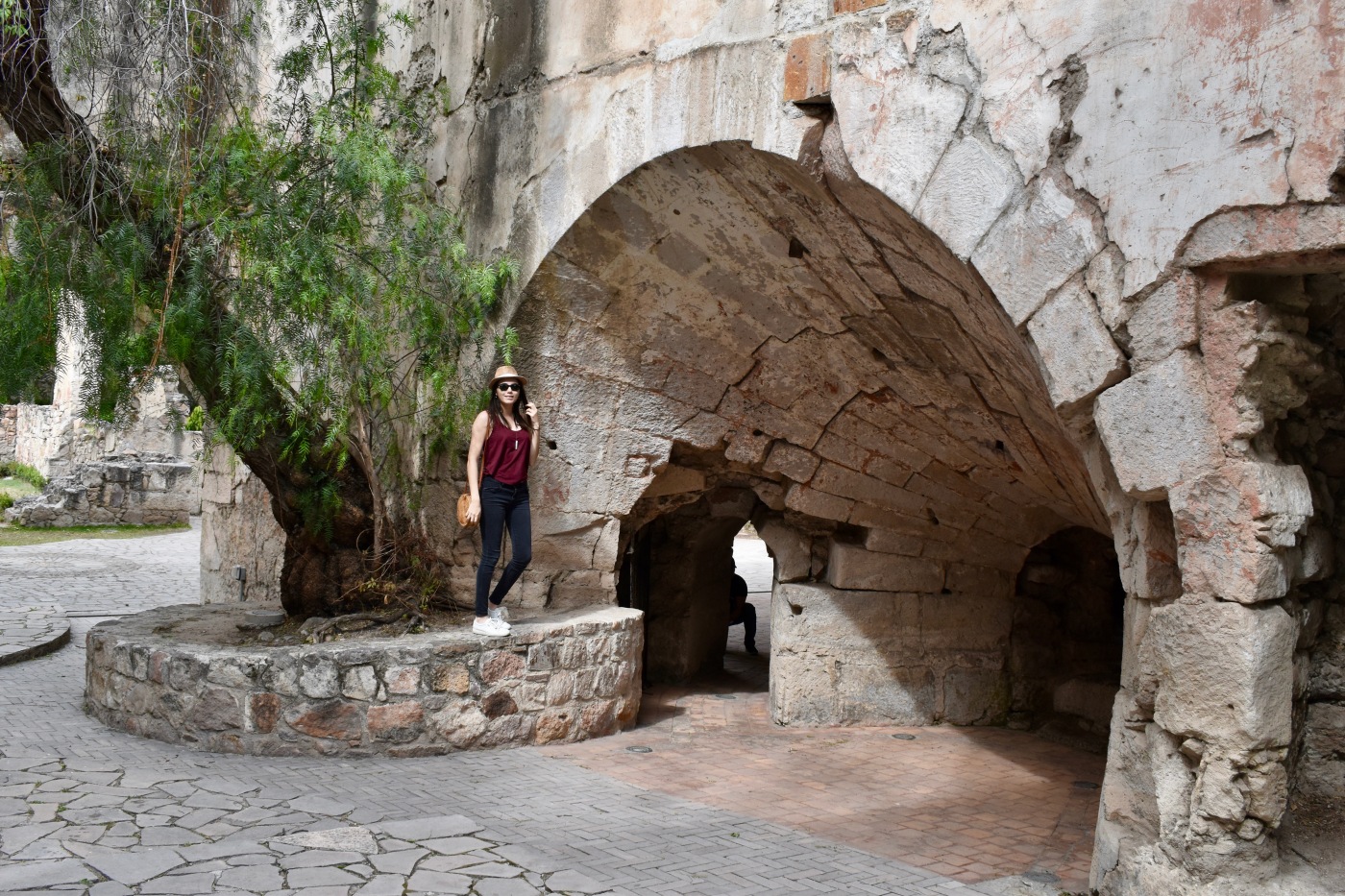 We left the wild west to enjoy some local historic locations. Driving to La Ferrería town outside the city, you can find the majestic house of Don Juan Nepomuceno built-in 1850, and his iron smelter. The house is open to the public as a museum and for a tip, you can get a guide. Get a translator ready or visit with a local fluent in your language since the tour guides speak Spanish. Today the smelter is a park open to the public. You can walk in the ruins and see the inner chambers where they smelted iron. Next day we walked down to the Historical Center. We visited Francisco Villa Museum aka Pancho Villa. This museum is located inside the Zambrano Palace. Here you can learn everything about Durango’s iconic revolutionary. It’s a beautiful museum with interactive exhibitions, wall murals and many historic pieces on display. Later, we walked to the Plaza de Armas to visit the Mining Museum, which is underground. I found it very funny that just when you are about to enter the mine there is a “No females allowed” sign that explained that the mine itself is female and would get jealous when a woman entered, causing accidents. 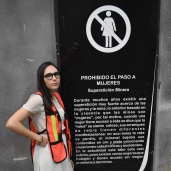 The mine itself is female and would get jealous of another woman.

We also went to the Teleférico for a ride up the mountain where you get a full view of the city. If you are like me and enjoy a good meal. I recommend two restaurants in Durango. If you want traditional dining you can reserve at La Fonda de la Tía Chona. Traditional Mexican cuisine in a beautifully restored colonial house, food was delicious and the ambiance was very nice. For a modern take, you can visit Marmolejo, a new restaurant that has outdoor tables with great views of the city. 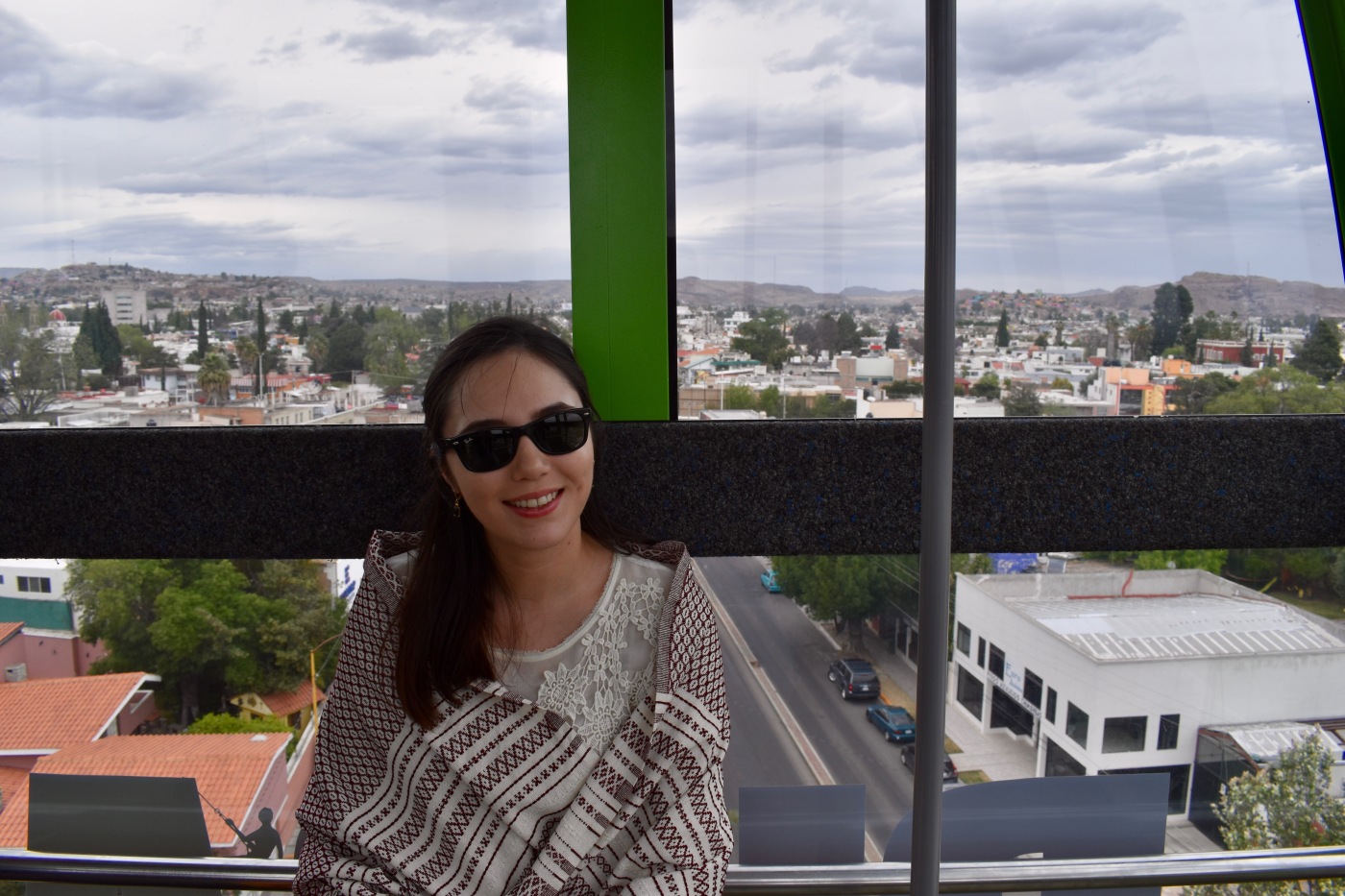 Overall I really liked my experience in Durango and would like to come back soon.